Claremorris agricultural show was founded in 1904 and hosted in Hollymount, it is believed to have originated from a split in what was originally the Hollymount agricultural show. Over the 100th shows, it was disrupted by two World wars and two outbreaks of foot and mouth disease. The committee were split on a decision to wind it up in 1939 but due to positive stubbornness by some members it survived to be hale, hearty and long lived.
For many years visits by the famous Army Equestrian teams graced the show days to the delight of the many in attendance. The winning Agha Khan team competed here in the sixties. The Legendary Royal Blues Showband sponsored pony (14-2)event to the tune of £500 making it the highest in Ireland at this time. Cameron Hanley started out here before going on to represent Ireland and establish a very successful career! It was a two day show for many years.
Dillons field hosted the show (off Convent road entrance) for the years until it’s entrances proved to narrow for modern day trucks. And then in 1960 it went to its present home at the racecourse or as is known nowadays as the Atlectic Grounds. ( one of the top class venues of its kind in the country) The running track is superb and the massive indoor running track houses exhibits and trade stands on show days.

Memories of the Claremorris Agricultural and Horse Show ( Early1980’s)

After starting my secondary education in St. Colman’s College, I got interested in horses, where that stemmed from I am not sure, but it progressed to getting riding lessons at Hanley’s Horse Riding School on Saturday morning under Noreen Summer’s tuition, to competing at local gymkhana’s and shows. George and Jim McNabb who were from Killeenfarna knew I had a keen interest in horses and Jim who was the treasurer of the show committee asked me if I would be interested in helping out at the upcoming show. Being young at the time I was excited at the idea and felt that meeting people, who knew a lot about horses, gave me a chance to learn more.

After my birthday in June, Jim and I cycled down the hill on the Ballyhaunis road, he on his black Raleigh bicycle and I following closely behind, rounding the corner at the Post Office until we arrived at the Town Hall. In one of the rooms the Horse Show committee held their annual meeting. On entering the room, I could see Authur Hanley (local business man) and chairman of the committee was having a serious discussion while smoking a cigar with Martin Finn (a local politician). Maureen Finnerty was acting as a secretary at this time and still is to this day. Other people in attendance were Paddy Callahan who lived in Kilbeg (Ballyhaunis Road) and was better known by the name of “Doc”. Fran O’Dea from Facefield and Pat Fitzgerald from Caltra attended the meeting also, both having a keen interest in the affairs of the show. Cormac Hanley was the only one I knew and Jim introduced the others to me later.

The feelings I got from the meeting were, that the bad weather over the two days of the show held the previous year had reduced the gate takings and entries were down; and as a result the committee had to deal with a financial loss. I recall jumping one of George McNabb’s horses at that show in one of the competitions and the horse lost a shoe in the main arena’s mud. A long discussion took place, everyone in the room pooling together their thoughts trying to find a way to balance the books. Money was scarce and the nation’s economic climate was poor and as mentioned the Agricultural Show was held over two days. It’s a credit to all the committees to have kept the shows going down through the years and to be celebrating its centenary now.

At that time the show grounds had one large spectators stand and one end of it was used by the announcer’s and horse jumping judge’s box. Underneath the stand there was a bar run by Michael Hanley. Inside the wall of the link road that leads down to the Castlebar main junction was a low shed with a galvanise roof in which the horse jumps and poles for the show were stored. The main jumping arena was as it is today except that the running track had a fine coating of compacted sand. In the weeks leading up to the show we would take out the jumping poles and wings and give them a fresh coat of paint. Any pole that was a bit cracked or damaged would get repaired by Paddy Callahan using long lengths of light timber, nails and screws. No job was too big or small for him he would even cut the grass in the show arena with his red Massy Fergusson tractor. Once while talking to him he told me that as a young man, he rode and jumped a horse in the champion stone wall competition. A wall built from real stone; no plastic. If you hit it either rider or horse could be hurt or

injured. I marvelled at how brave he was to turn a horse into a stone wall with the aim of clearing it in a single leap. Other local jockeys who competed with him in the same competitions were Derry O’Brien who lived on Knock road and Jimmy Corbin from Brookhill, who often recounted to me how the stone wall jump’s height would be increased with small stones laid on top after each round until there was only one winner. He told me once that some of the jockeys had only ordinary clothes and caps while other wore helmets and high boots, different times.

On my first Show day helping out I cycled to the race track early and already there was Paddy Callahan and he told me to go along with Fran O’Dea to help out with the showing of horses in the hand held classes. After that Fran gave me a bundle of blue nylon rope to carry, and then he put a few wooden stakes under his left arm and grabbed a sledge in his right hand. I followed him to the back of the main arena to near the warm up area for the horse jumpers. Together we formed a ring with the rope and timber stakes and set up a loud speaker and microphone to suit the judges who always wore bowler hats and good high boots and who could handle anything that came their way. Some judge’s names that come to mind were a Mr Josie Kearns; from Co. Clare, Mr George Chapman; from Co. Wexford. There was a woman who used to judge the ponies and she was referred to as Lady Hempell from Co. Galway.

I loved listening to the judge’s comments about the various horse’s what they liked and disliked. What it was they saw when the horse trotted towards and then away from them. When they had made their minds up they told me the names of the three competitors to call into the centre of the ring. The judges would have one last look and feel of the horse’s legs, and perhaps look at the animal’s teeth and any stud book the owner had. Then I was told who to give the yellow rosette (third place) to. Next the blue for second and the red for first. Fran O’Dea would follow behind me and take the winner’s names for the class book. After that we would call the competitors for the next class and repeat the process. At around eleven o’clock I would be sent to a tent where Mrs Eileen Dyer (Nee Riordan) from near Ballyhaunis prepared food for the punters at the show, telling her that the judges in the horse ring were expecting tea urgently. She would give me a pot of hot tea and a bag with a few cups and packets of biscuits for me to serve up. Then again around one or two o clock in the afternoon, I did the same thing only this time it was tea and fresh sandwiches that was collected. Now and then I would have a look to see how the jumping competitions were progressing while also taking a quick view over towards the mountains and Croagh Patrick to see if there was going to be any change in the weather. In the evening Fran O’Dea would give me the class book to bring over to Jim McNabb’s office in the show caravan. A long queue of people would be waiting outside the door to collect their prize money. Managing to get through them to get the book to him took great effort. Jim would be checking the various classes and winners and handing out the prize money. I would know he was busy by the way he was wearing his reading glasses and his brief look over them towards me. Most of the people there just wanted to collect their winnings and go home as soon as they could and get their farm work done after a long day competing at the show.

There were probably a lot of other jobs I should be doing at the end of the show day, but as a teenager I thought the next important thing to do was go home and get

ready and go to the disco that night. Outside most of the guest houses doing B&B there’d be a horse box, and in some farmers fields who never kept a horse you’d see not one or two but maybe four, usually good looking horses with a great shine on their coats. I’d be wondering how the farmers came upon them, until I learnt they were been held over for the duration of the show. I remember being disappointed when they left, as I’d be hoping to have a fast gallop on one of them. The town appeared to me to be full of a lot people and visitors from other counties as the Ham Fair took place the same time as the show. Overall, there was an air of excitement as a lot of good events were happening locally. Many cherished memories I have of never being bored or stuck indoors as a teenager. Happy times long past.

I have many fond memories of attending the Show since the mid sixties and witnessing the enormous progress made on all fronts since. I have been a committee member since the early 90s and a Show Treasurer for the past 15 years this has given me an enormous insight into the huge voluntary effort that goes into staging an event like this. I would like to thank the many sponsors and supporters who have been with the show for many years likewise I welcome the many new ones that have come onboard this year

We are privileged to have the wonderful Claremorris Athletic Grounds available to us [ or The Racecourse as it is still often referred to] and the 150 or so Show volunteers who will be assisting on that weekend.

Sunday August 5th has long been on our Committee’s mind we plan to make it a wonderful occasion for you the exhibitors, sponsors, patrons, guests and all others in attendance.

Looking forward to seeing you there. 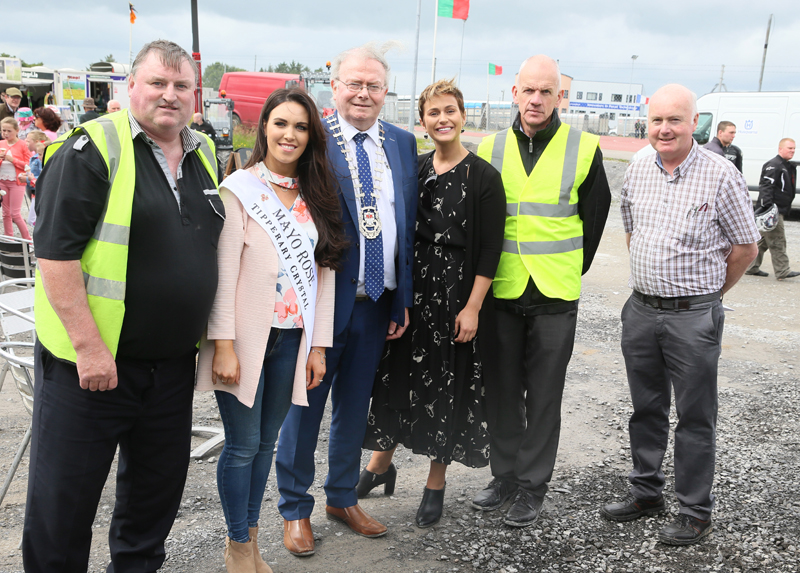 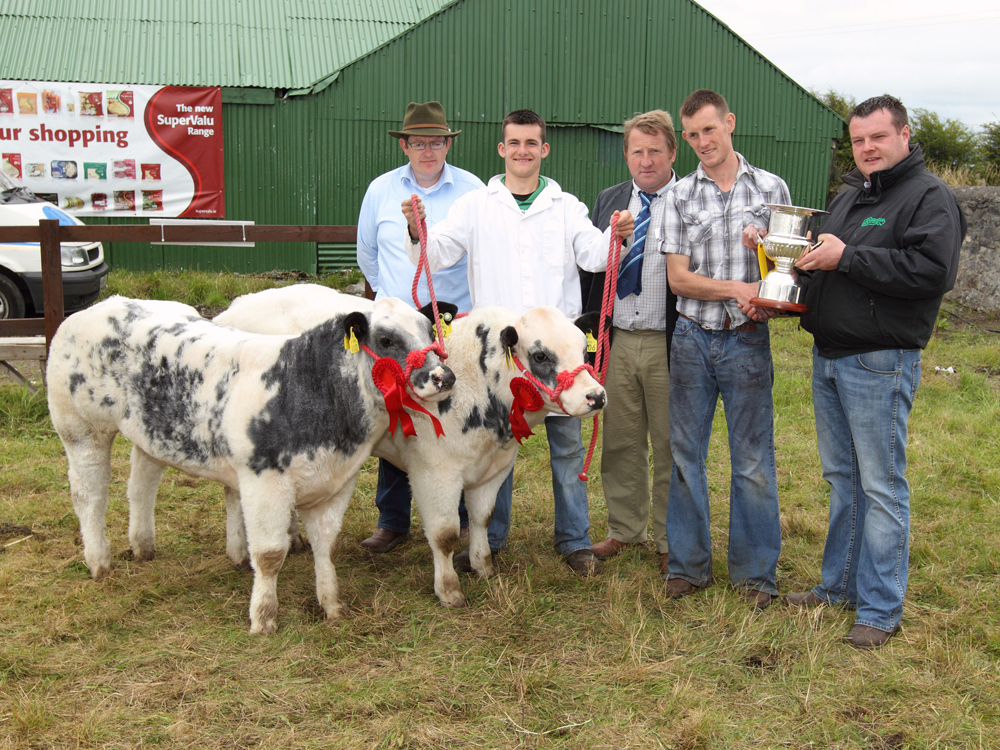 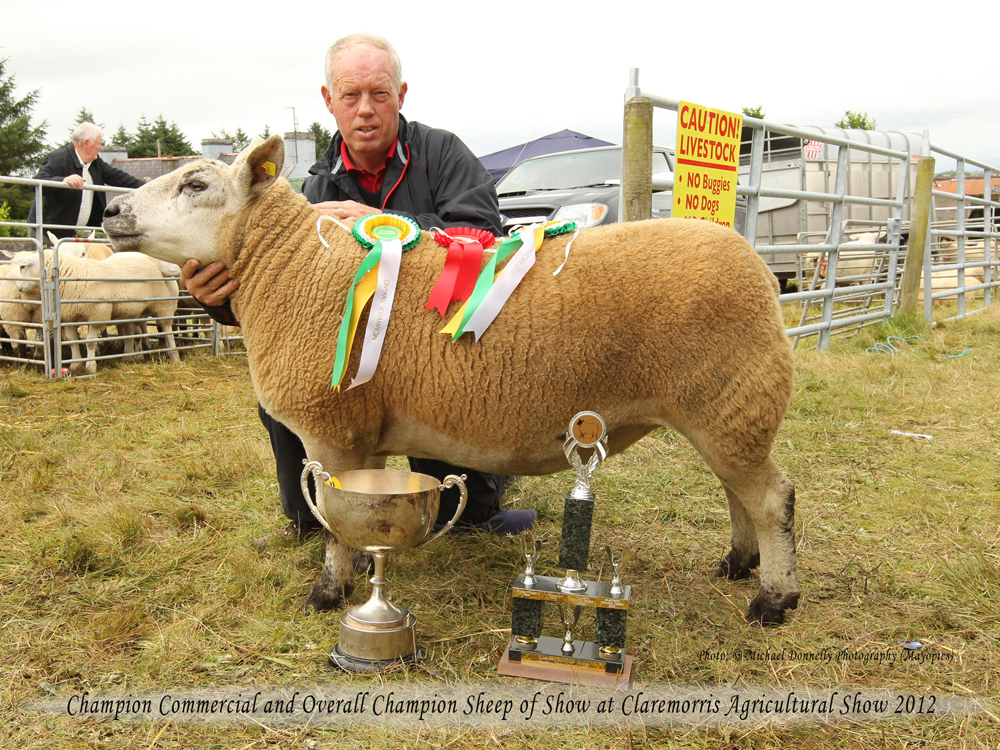 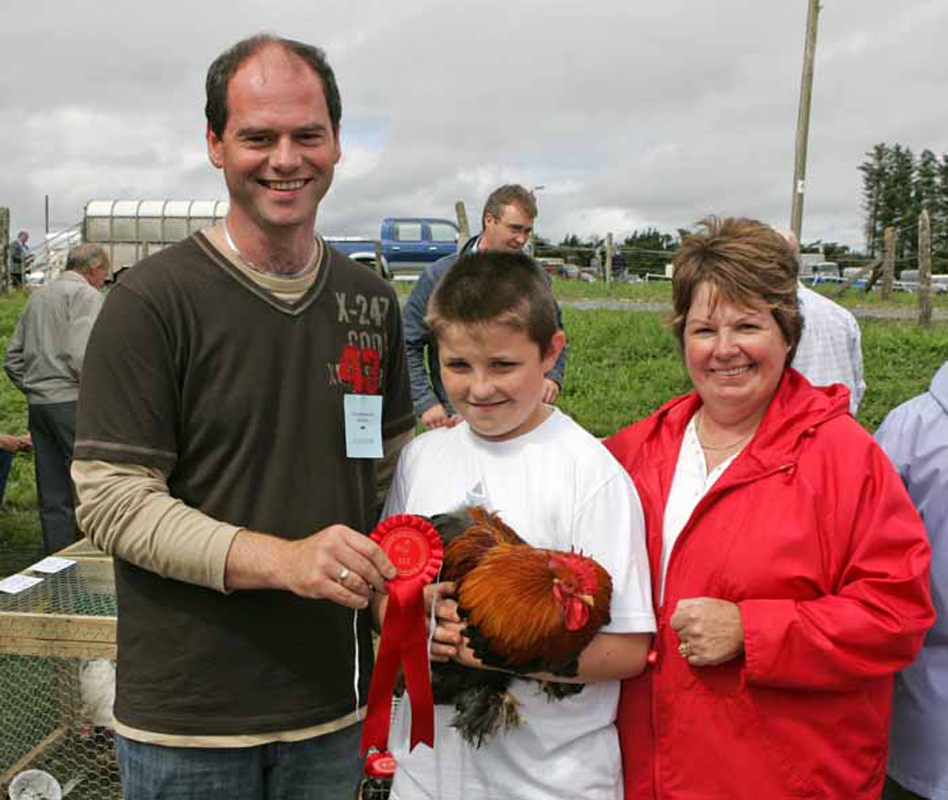 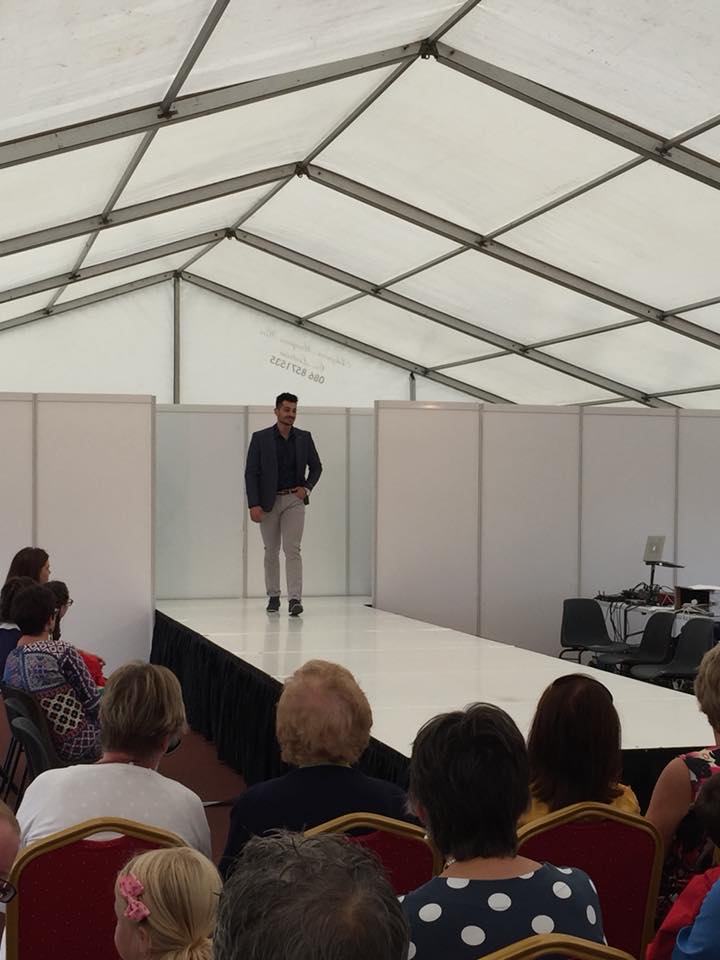 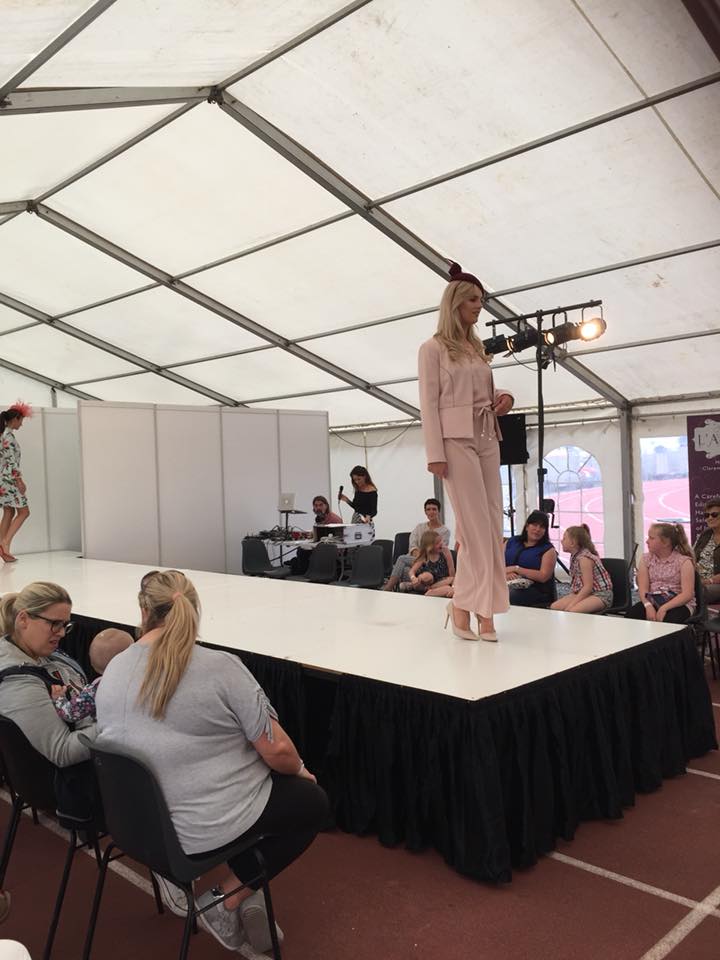 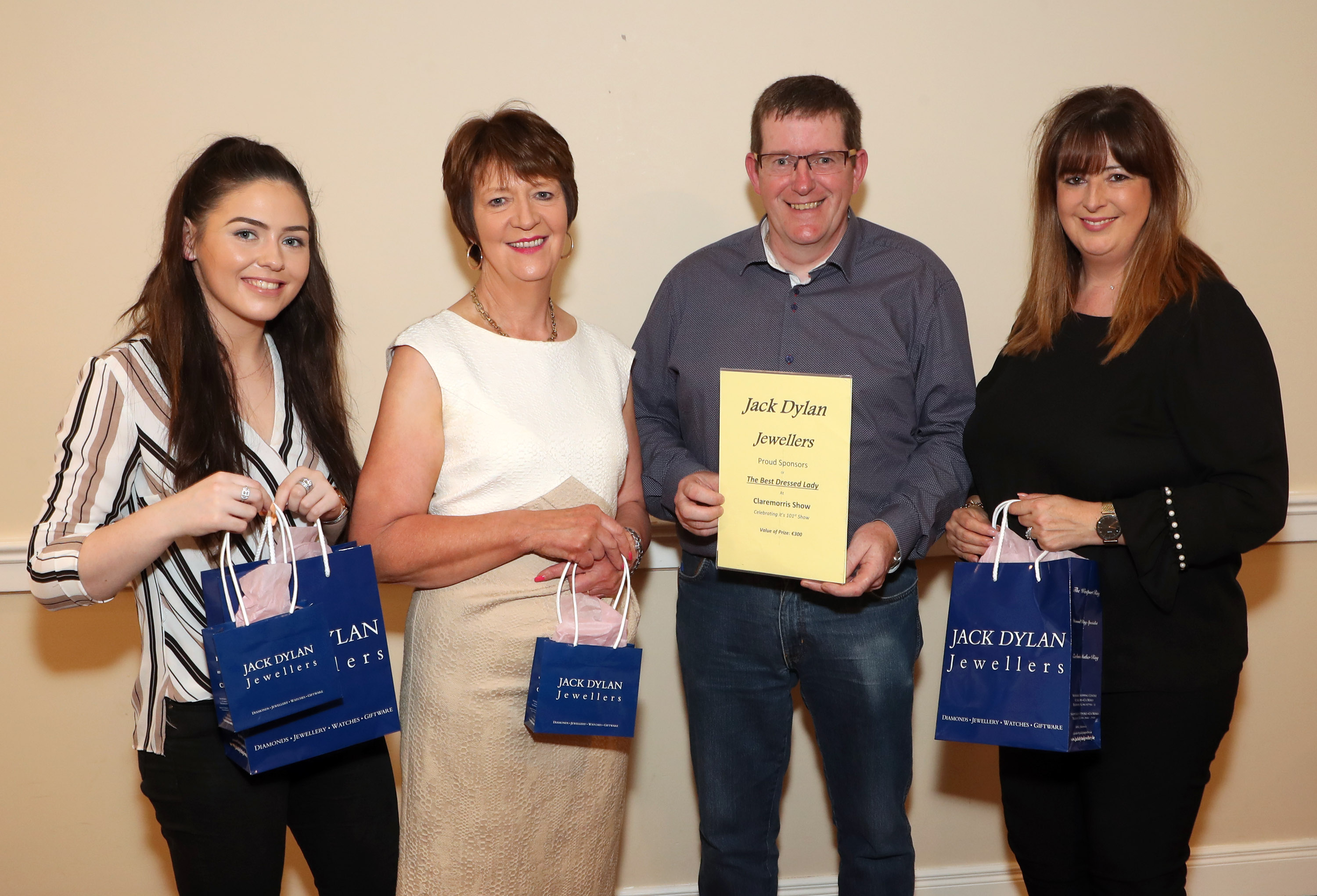 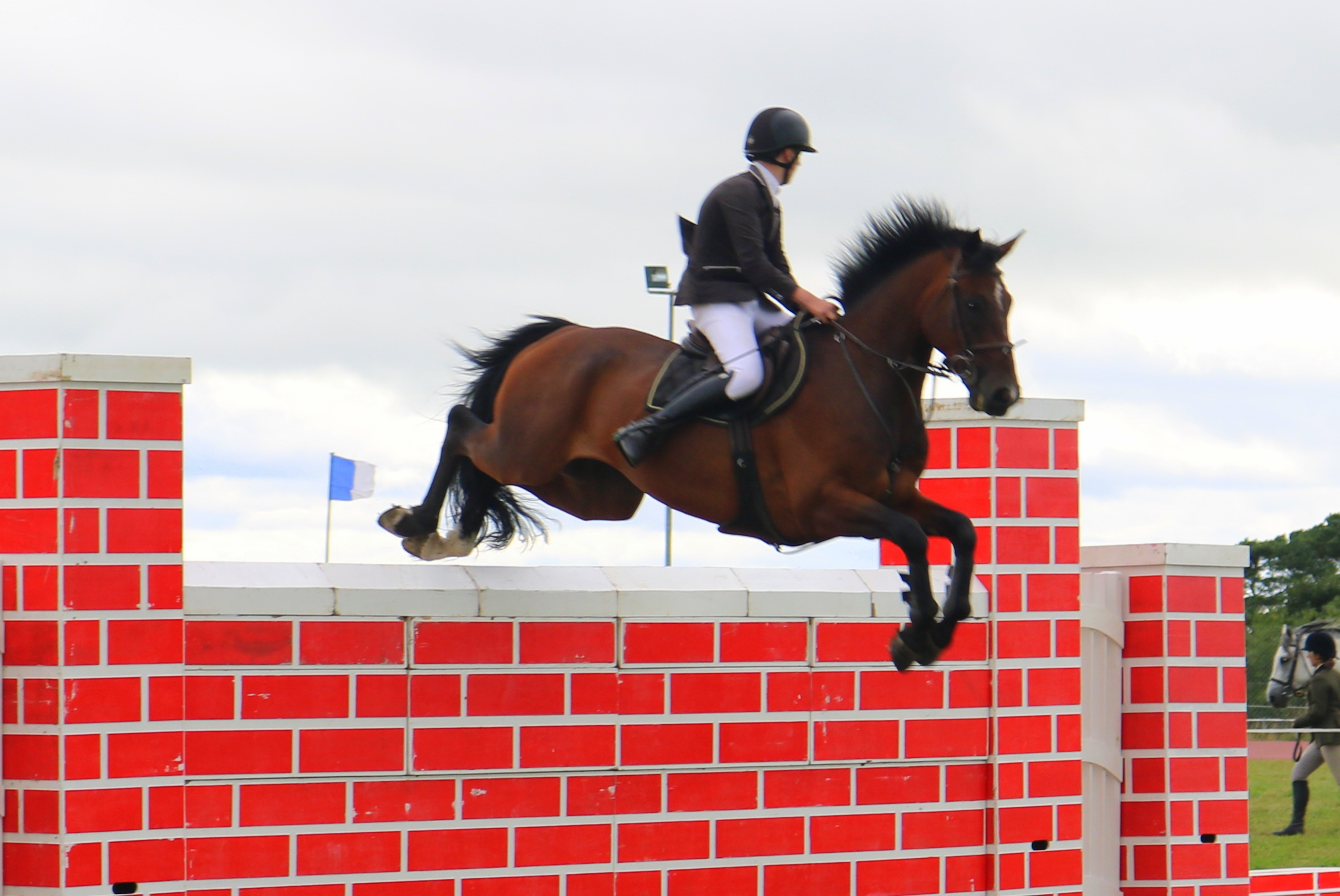 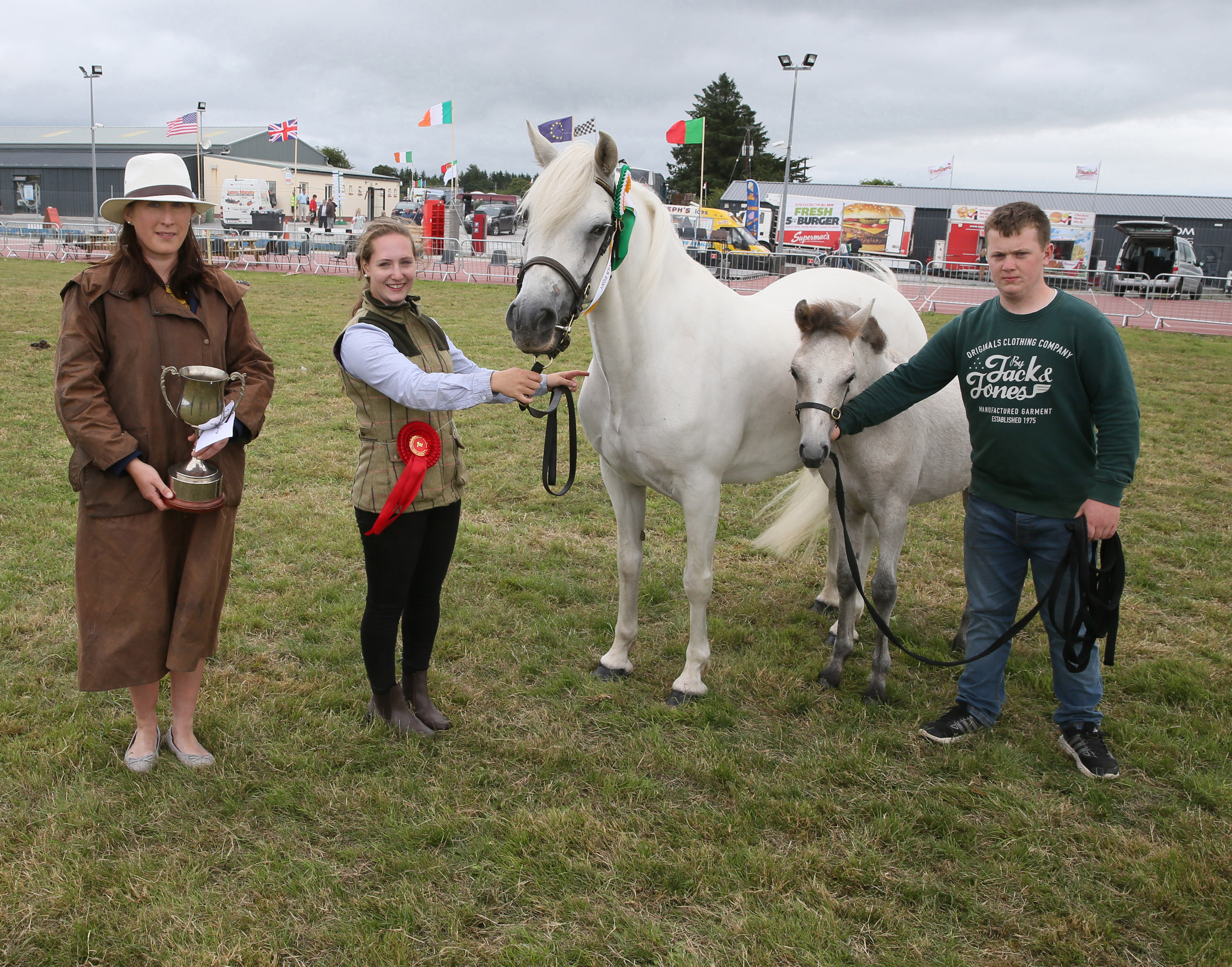 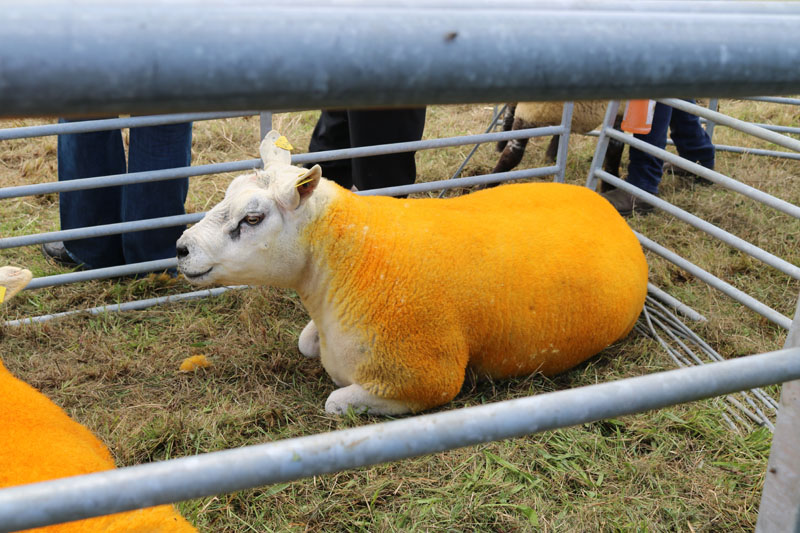